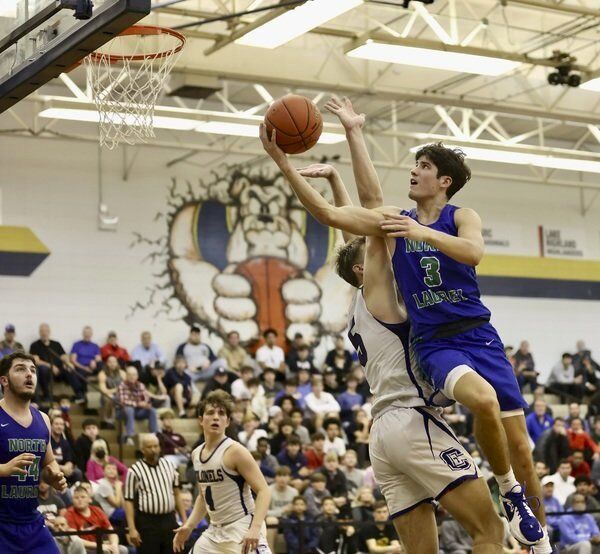 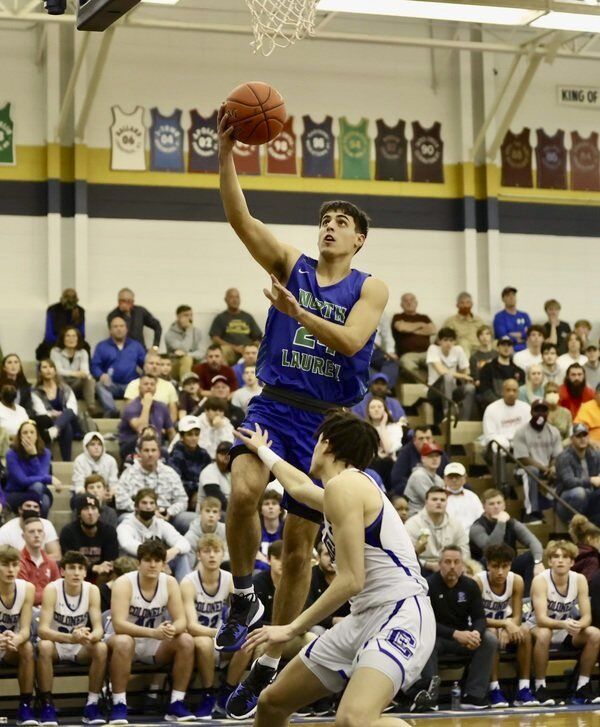 Ryan Davidson drove to the basket during Tuesday's matchup with Cov. Cath. 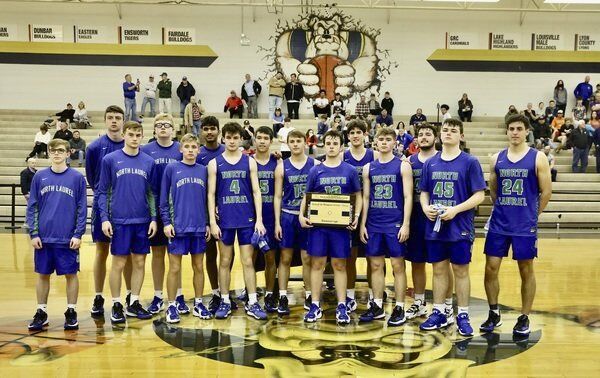 North Laurel turned in a 3-1 record while earning runner-up honors in this week's King of the Bluegrass Tournament. 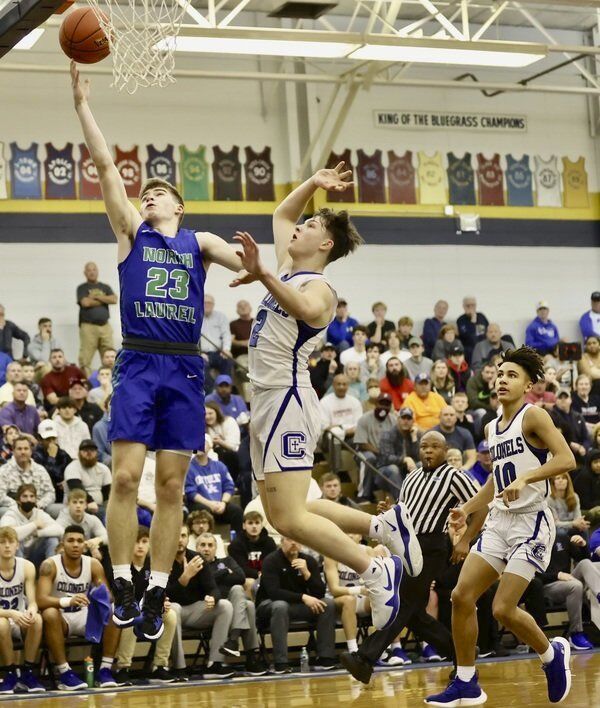 Ryan Davidson drove to the basket during Tuesday's matchup with Cov. Cath.

North Laurel turned in a 3-1 record while earning runner-up honors in this week's King of the Bluegrass Tournament.

Sheppard was named tournament MVP and joined Ryan Davidson on the All-Tournament team.

North Laurel’s struggles shooting the ball from 3-point range and lack of rebounding turned out to be its downfall.

North Laurel also struggled to contain Cov. Cath’s Evan Ipsaro, who rallied a game-high 34 points on 11-of-23 shooting from the floor.

“First off, I’m proud of our guys’ effort this week,” North Laurel coach Nate Valentine said. “We came out of here with a 3-1 record, and that’s really big. We learned a lot about our team this week and we continue to grow.

“We just didn’t have an answer for their inside guys,” he added. “They made jump shots and the guards hit their outside shots. They’re just a really good team.”

Sheppard’s 25 points led the way for the Jaguars while Davidson scored 24 points and Caden Harris finished with 10 points.

North Laurel hung tough in the first half thanks to the trio of Davidson, Harris and Sheppard.

North Laurel had no answer for Ipsaro, who scored 18 points in the first half while 8-of-15 shot attempts from the floor.

Valentine’s squad connected on 12-of-25 shot attempts but was only 1-of-6 from 3-point range.

North Laurel cut its deficit to 55-48 entering the fourth quarter after finally heating up from the outside.

Sheppard and Davidson both connected with two 3-pointers apiece as the Jaguars outscored Cov. Cath, 19-18, during the third quarter. Sheppard scored 11 points during the period while Davidson added six points.

North Laurel will be scheduled back in action Sunday against Louisville Trinity during first round action of the Traditional Bank Holiday Classic.

“We are getting better,” Valentine said. “We just got to keep finding ways to keep getting better. This is a growing stretch. We played teams that are ranked state wide, and we also played nationally ranked teams. This tournament helped us become a better team.”