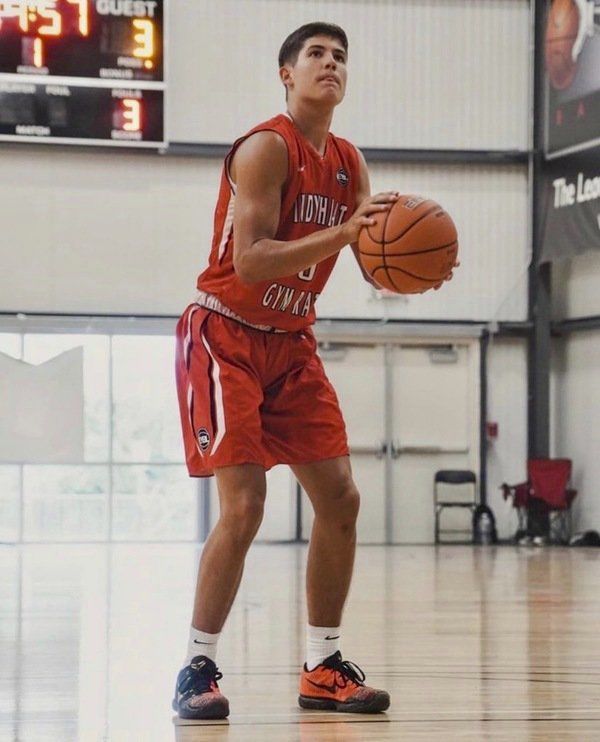 Reed Sheppard has been a highlight reel for social media viewers lately during his summer ball play with the Indy Heat EYBL. 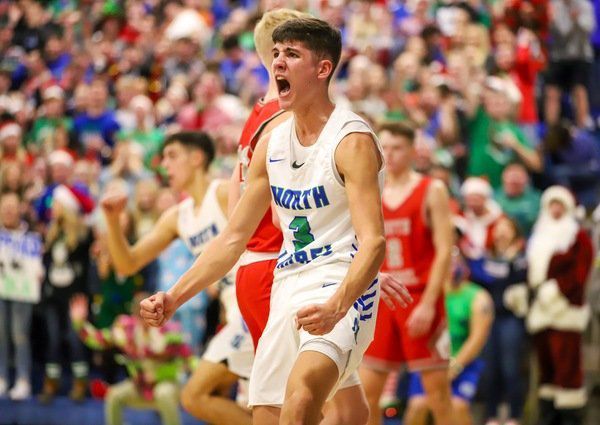 North Laurel's Reed Sheppard has picked up DI offers the past two weeks from Stetson University and High Point University.

Reed Sheppard has been a highlight reel for social media viewers lately during his summer ball play with the Indy Heat EYBL.

North Laurel's Reed Sheppard has picked up DI offers the past two weeks from Stetson University and High Point University.

LONDON — After a four-month hiatus from playing an organized basketball game due to the COVID-19 pandemic, North Laurel’s soon-to-be sophomore, Reed Sheppard, is making up for lost time playing summer basketball for the Indy Heat EYBL.

Sheppard’s play has turned heads since stepping on the court a few weeks ago which has led to him being a social media hit while also garnering two Division-I offers during the process from Stetson University and High Point University.

“It feels great being back on the court being able to play with my teammates and friends,” Sheppard said. “It’s been hard having to workout for four months straight without playing any games. I didn’t realize how much I loved the game of basketball until I couldn’t play for four months.

“I think it’s pretty cool looking on Twitter or Instagram and seeing everybody posting me on their pages,” he added. “It just shows that all the hard work and time put into basketball is starting to pay off. It also shows that I can’t stop working hard that I gotta work harder and become the best player and person I can be, since people will be looking for me now.”

Sheppard said he was “shocked” when he received an offer from Stetson University but admitted putting in hard work to receive even more college offers is far from over.

“When I got my first offer from Stetson, I was actually in shock, like I couldn’t believe that I just got a Division-I offer. Like I said earlier, it feels good knowing that all the hard work is paying off but I gotta keep working to try to get more and more offers and try to play basketball at a higher level than college.”

Sheppard also admitted it’s been nice to be able to go to his parents, Jeff and Stacey, who both played college basketball at the University of Kentucky, any time he’s had any questions on during the high school or summer basketball seasons.

“It helps a lot that they have played at the highest levels and have been through everything that I’m going through,” he said. “So it’s nice being able to ask them a question and knowing that what they tell me is generally always 100 percent correct.”

Sheppard knows that continued success on the hard courts will bring even more attention which he feels he will be able to deal with.

“I think I will handle it pretty good,” he said. “It will take some time to get used to having college coaches at the games and watching me and my teammates play.”

And in the end, Sheppard hopes his hard work and play could lead to what many high school basketball players in the state would love the opportunity to have.

“It’s every kid’s dream that lives in Kentucky to play at the University of Kentucky but it will all play its self out at the end and the Lord will put me where I need to go.“