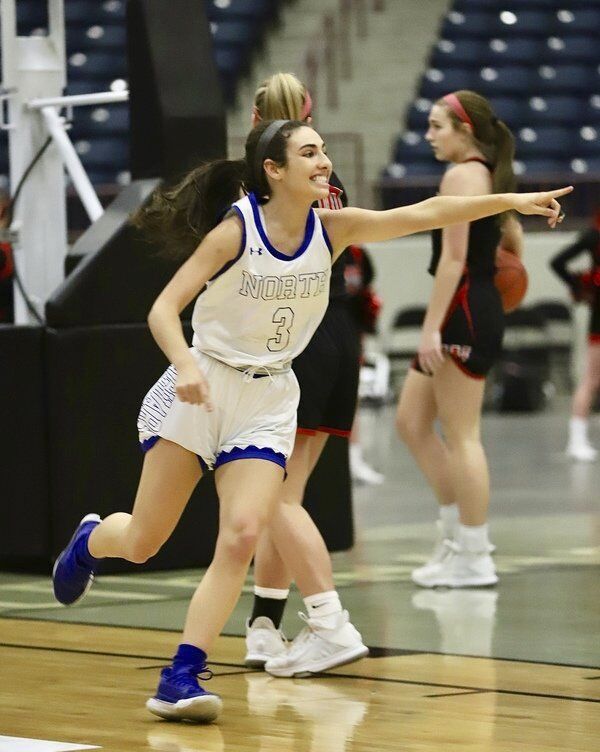 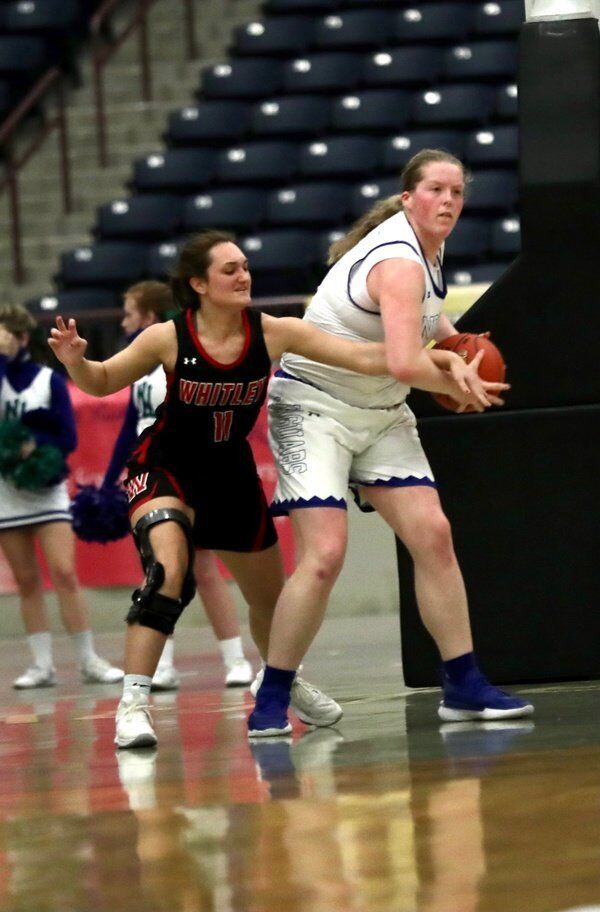 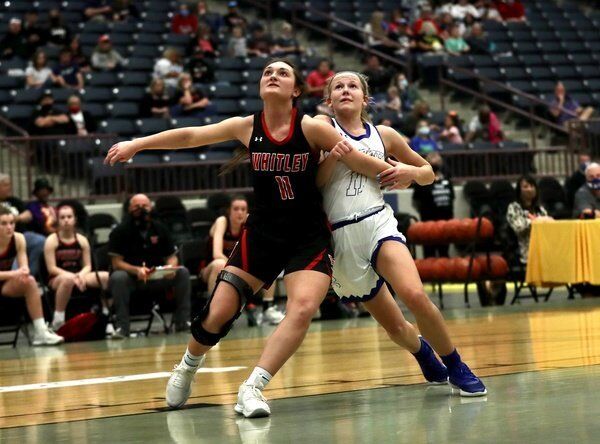 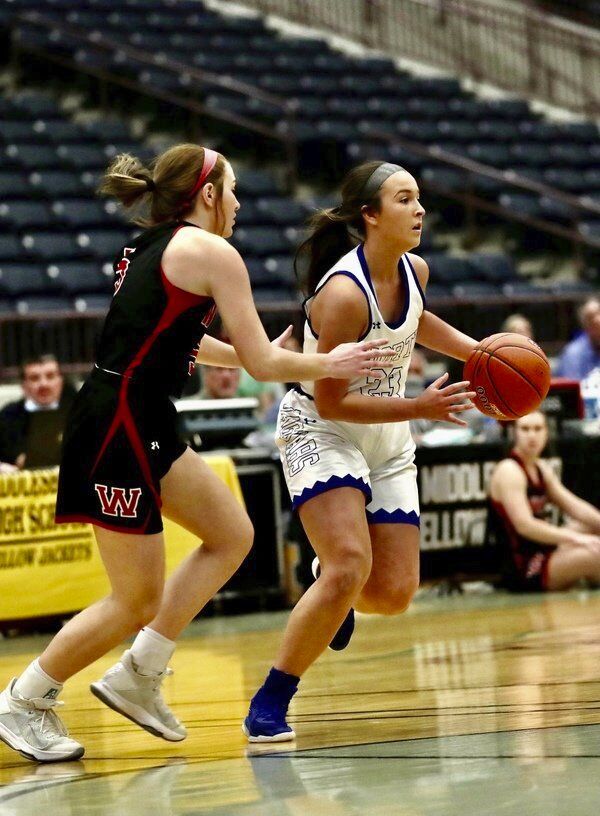 CORBIN — North Laurel junior Hailee Valentine showed why she’s regarded as one of the top players in the 13th Region while leading the Lady Jaguars to an easy, 80-45, victory over Whitley County during quarterfinal action of Wednesday’s 13th Region Girls Tournament.

Valentine scored 20 of her game-high 27 points in the first half while finishing the contest, shooting 10-of-14 from the floor, including turning in a 5-of-8 effort from 3-point range. She also finished with four steals, three rebounds, one block and one assist.

Chloe McKnight turned in an 11-point effort, finishing with six rebounds and two blocks while Emily Sizemore scored 11 points while collecting 10 rebounds and six assists. Brooke Nicholson finished with 10 points, three assists, one block, one steal and one rebound. Bella Sizemore led the team with nine assists while scoring six points. She also had eight rebounds and three steals.

“Obviously, Hailee Valentine had a tremendous game and most people will notice her points but I thought she was just as active on defense,” Mahan said. “Emily and Bella Sizemore having a combined 19 boards as guards shows the buy-in that our girls have. They are all willing to do what is needed to win and advance.”

The Lady Jaguars outrebounded the Lady Colonels, 42-21, and forced Whitley County into 13 turnovers.

The Lady Colonels (16-11) strugglers shooting from the floor most of the game. They hit 16-of-49 shot attempts, including going only 4-of-24 from 3-point range.

Valentine caught the hot-hand early in the first quarter. Her consecutive 3-pointers gave her team a 8-2 lead while her layup with 4:40 remaining pushed her team’s lead to 10-2. She finished with 10 points during the period.

Whitley County cut its deficit to 10-8 after a 3-pointer by Reis Anderson but North Laurel closed the period with a 12-4 run, giving the Lady Jaguars a 22-12.

North Laurel continued to take control of the game in the second quarter after Valentine connected with two more 3-pointers while Emily Sizemore’s 3-pointer pushed the Lady Jaguars’ advantage to 35-18 with 3:39 remaining in the first half.

Baskets by Saige McClure and Chloe McKnight is creased North Laurel’s lead to 40-21 while Valentine’s basket at the 1:17 mark gave the Lady Jaguars a 42-21 cushion. Whitley County followed with two free throws But the Lady Colonels found themselves trailing, 42-23, at halftime.

“The beginning of the game we did not hit shots like we did after we converted a few easy ones,” Mahan said. “The key to opening up the lead the way we did was good rebounding especially offensive boards. Those second chance points started what then turned into a good shooting night.”

Valentine scored 20 points in the first half while hitting 8-of-9 shot attempts, including a 4-of-5 effort from 3-point range.

North Laurel connected on 16-of-28 shot attempts in the first half, including 5-of-8 from 3-point range. The Lady Jaguars outrebounded Whitley County, 20-10, while limiting the Lady Colonels to a 7-of-26 shooting effort.

Mahan’s squad put the finishing touches on the win during the third quarter by outscoring Whitley County, 22-10.

Two 3-pointers by Nichelson along with another 3-pointer by Valentine increased North Laurel’s advantage to 58-29 while baskets by both Emily Sizemore and Valentine gave North Laurel - 64-33 lead going into the fourth quarter.

“For now, the show goes on so we have to refocus and get ready for our next opponent,” Mahan said.

Quarterfinals at The Corbin Arena