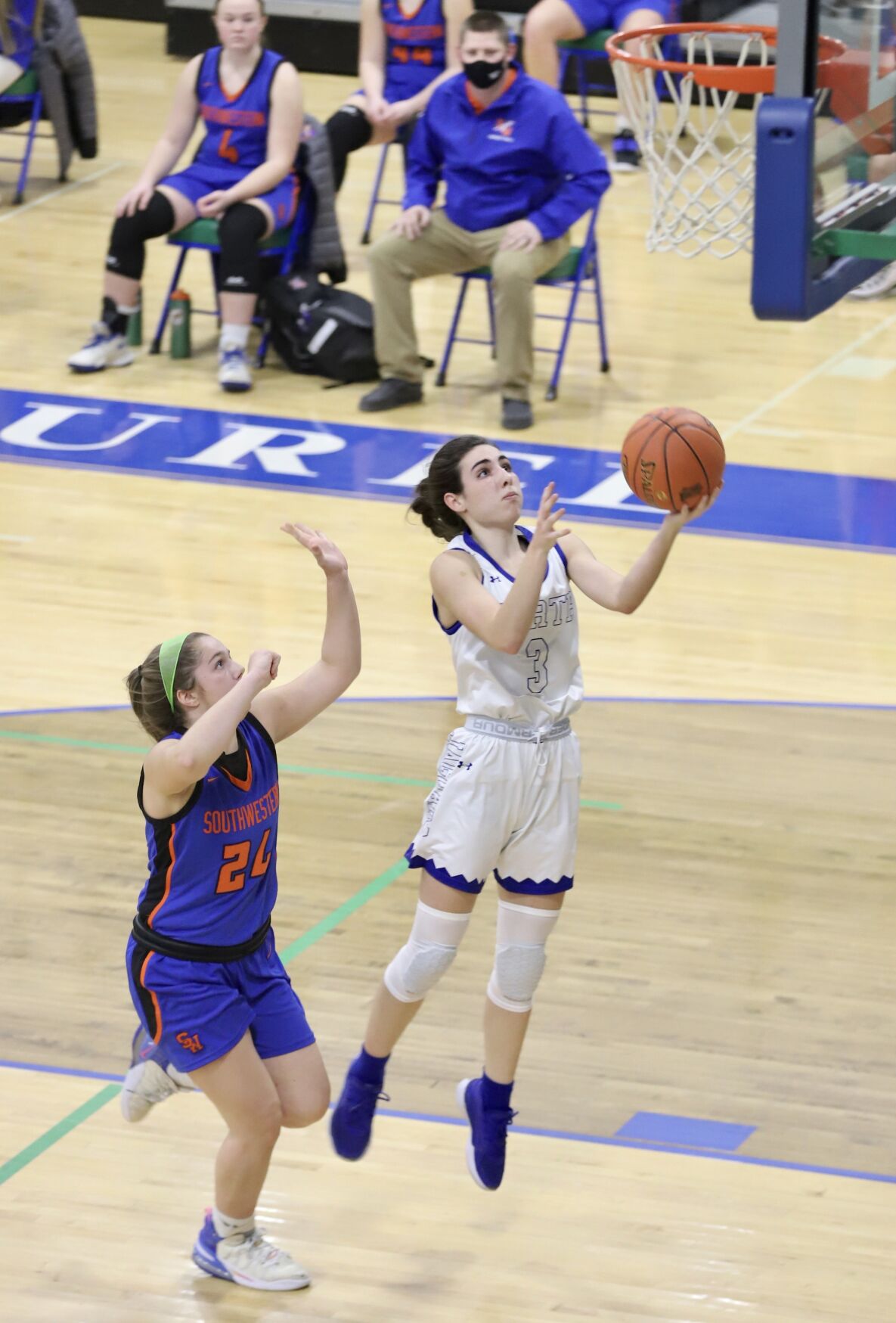 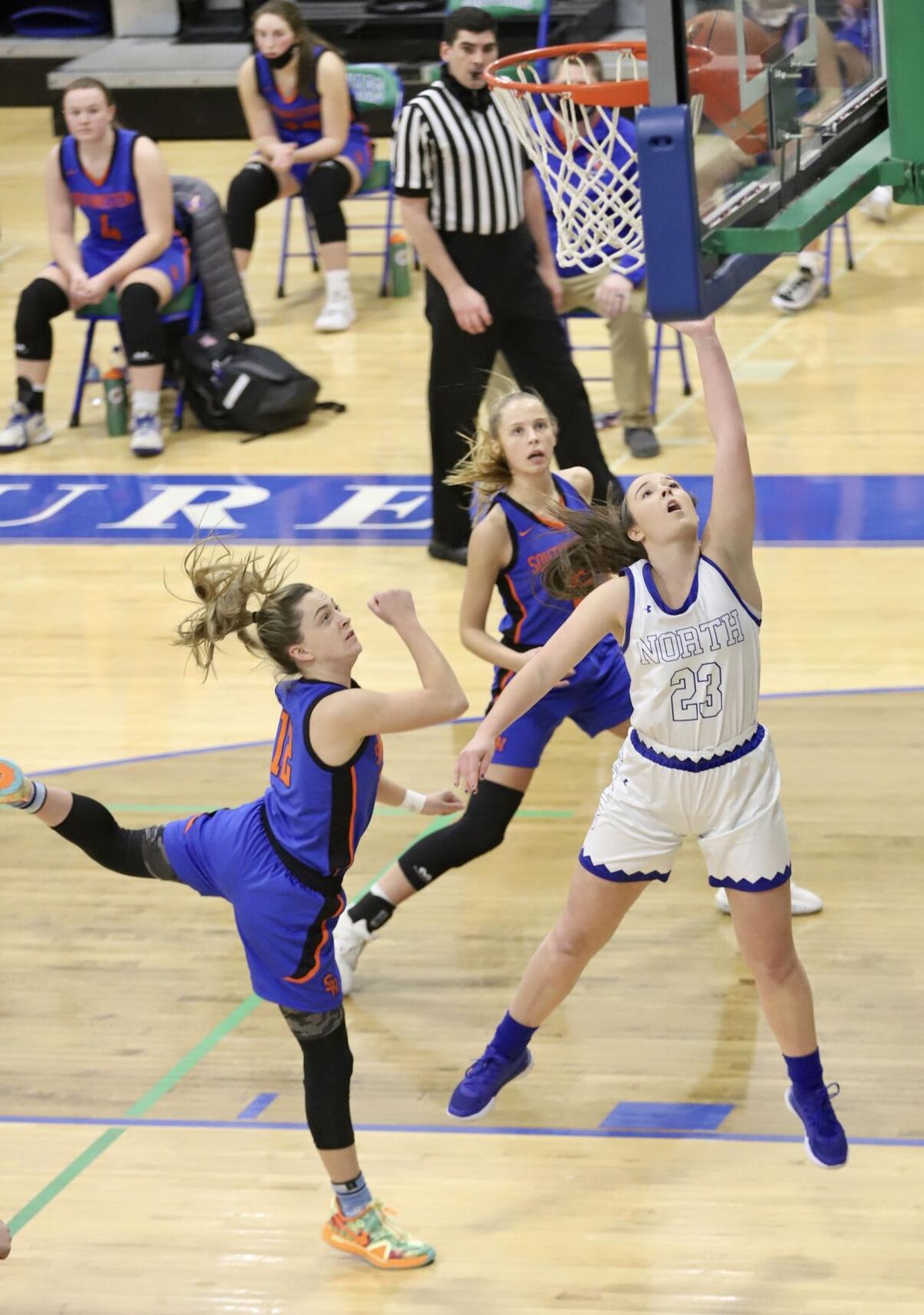 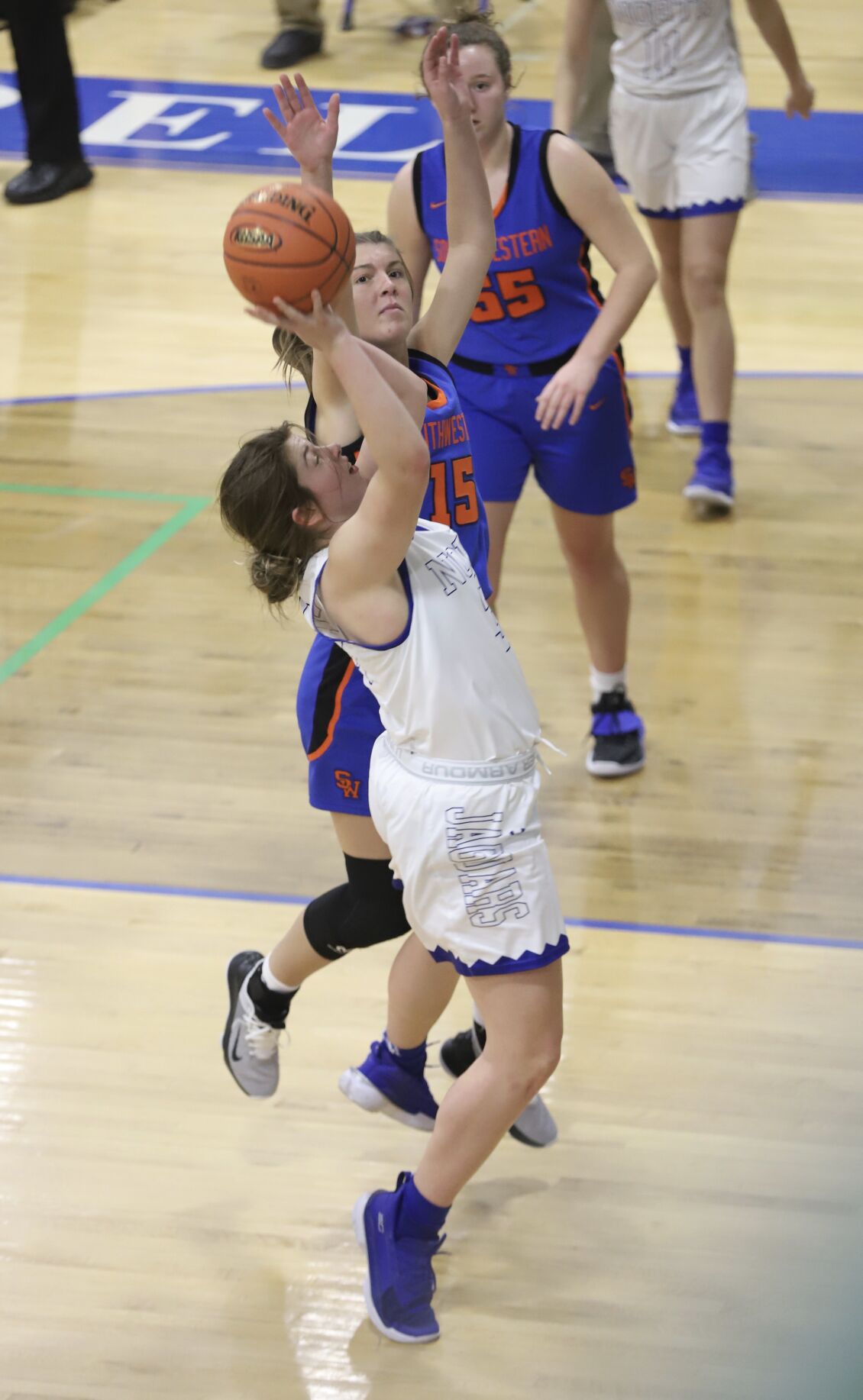 Eighth-grader Halle Collins scored 26 points on 11-of-13 shooting during Saturday’s 67-61 win over Southwestern. She also had nine rebounds. | Photo by Les Dixon

Eighth-grader Halle Collins scored 26 points on 11-of-13 shooting during Saturday’s 67-61 win over Southwestern. She also had nine rebounds. | Photo by Les Dixon

LONDON — It might be early in the season but Eddie Mahan’s North Laurel Lady Jaguars left no doubt who currently is the team to beat in the 13th Region after outlasting Southwestern with a 67-61 victory.

The Lady Jaguars (6-0) led throughout their contest with the Lady Warriors before taking Southwestern’s best punch in the fourth quarter.

North Laurel managed to survive the Lady Warriors’ run and pulled off the six-point win thanks to another solid effort from eighth-grader Halle Collins and junior Hailee Valentine.

Collins connected in 11-of-13 shot attempts and finished with a game-high 26 points while also pulling down nine rebounds. Valentine scored 16 points.

“While I sure noticed all of the mistakes that we made tonight I was very proud of our girls,” Mahan said. “We had multiple younger and older players step up and make big plays throughout the game. Emily was a consistent leader for our team, Halle Collins came out and showed just how hard she is to guard with 19 first-half points and Hailee Valentine stepped up huge in the fourth quarter.

“Saying that does not surprise people but Bella Sizemore, Brooke Nichelson, and Saige McClure all eighth-graders stepped up huge in this game both offensively and defensively,” he added. “If these girls keep improving, this could be a special team, but don’t look for it to always be a smooth ride. We still have some growing to do.”

The Lady Jaguars were challenged throughout the contest. Southwestern was coming off a 66-46 win over South Laurel from the night before while hitting 15 3-pointers against the Lady Cardinals. North Laurel was able to limit the Lady Warriors to 10 3-pointers.

“That’s the type of game that our team is needing to play,” Mahan said. “I have so much respect for Coach Molden. He is the type of coach that I knew when we lost Rockcastle off of the Legacy Nissan Classic schedule, he would step up and help us out by filling the game.

“This game is the type of game where possessions really count,” he added. “That’s what our young team needed. Our previous five games you could make mistakes and it really did not affect the game. Tonight, all of our youthful mistakes almost cost us the game. That is the atmosphere that will help our team grow.”

North Laurel managed to build a 38-28 lead at halftime behind 19 first-half points by Collins. Southwestern cut its deficit to 48-45 at the end of the third quarter while claiming a three-point lead in the fourth quarter.

But the Lady Jaguars were able to rally and get the win.

“Playing Southwestern is unlike playing any other team around,” Mahan said. “They will look to shoot a 3 over a two, even when an open drive is open. They push in transition so hard but if you are running to the paint you are going to give up a transition 3. They also have as good of a point guard as we will see all year.”