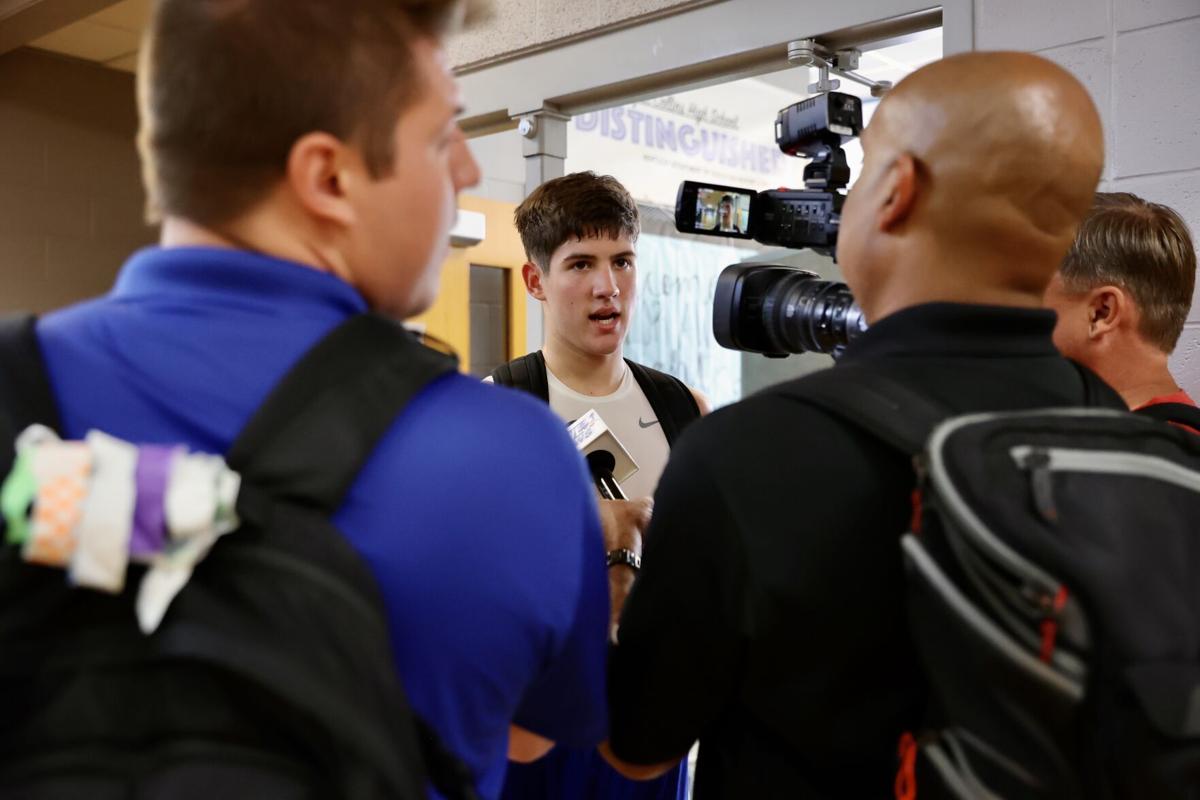 Reed Sheppard was met by the media after one of North Laurel's games during this past weekend's Titans-Rockets Shootout. | Photo by Darrin Spencer 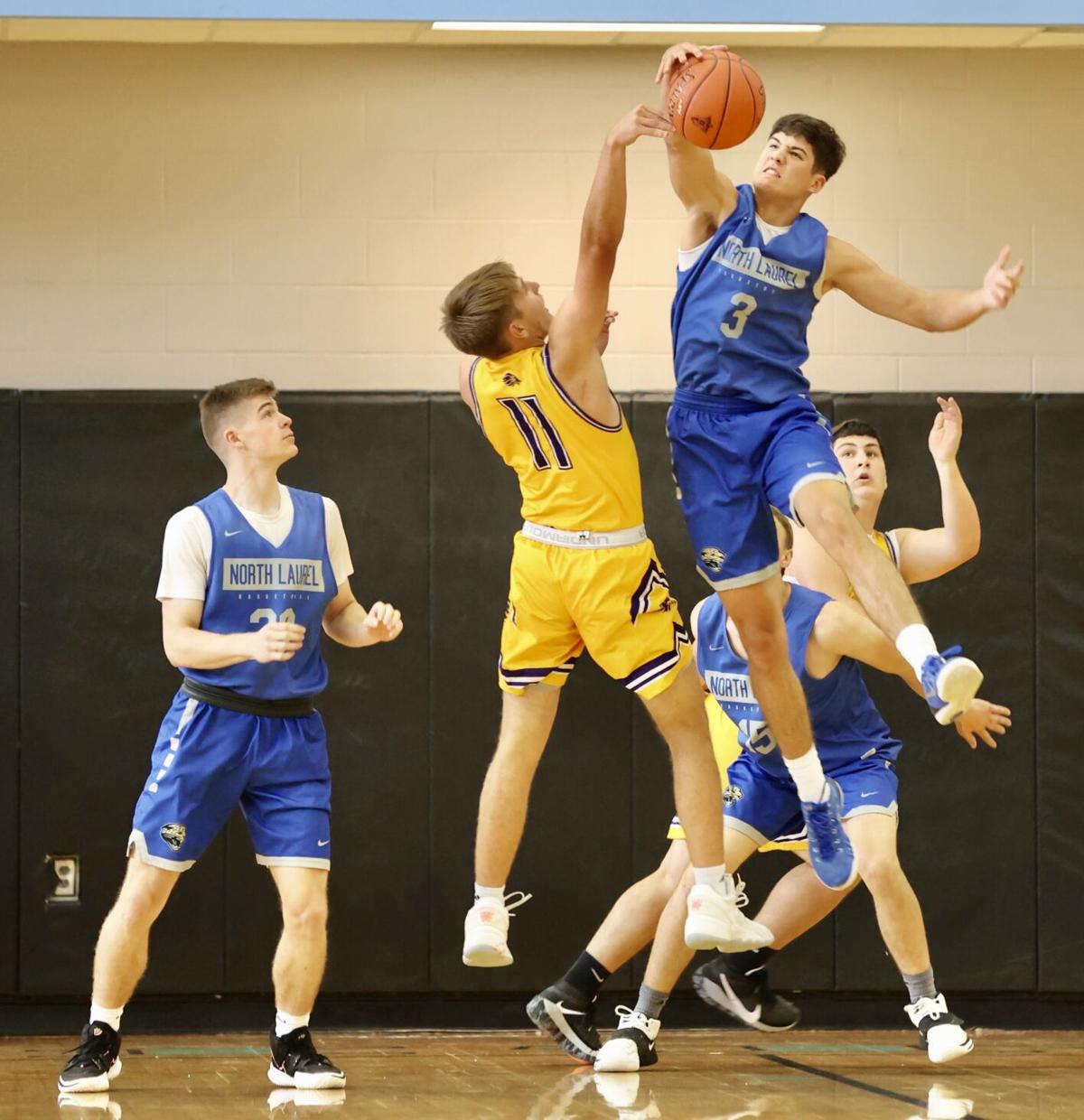 North Laurel's Reed Sheppard pulled down a rebound during the Jaguars' scrimmage against Lyon County. | Photo by Darrin Spencer 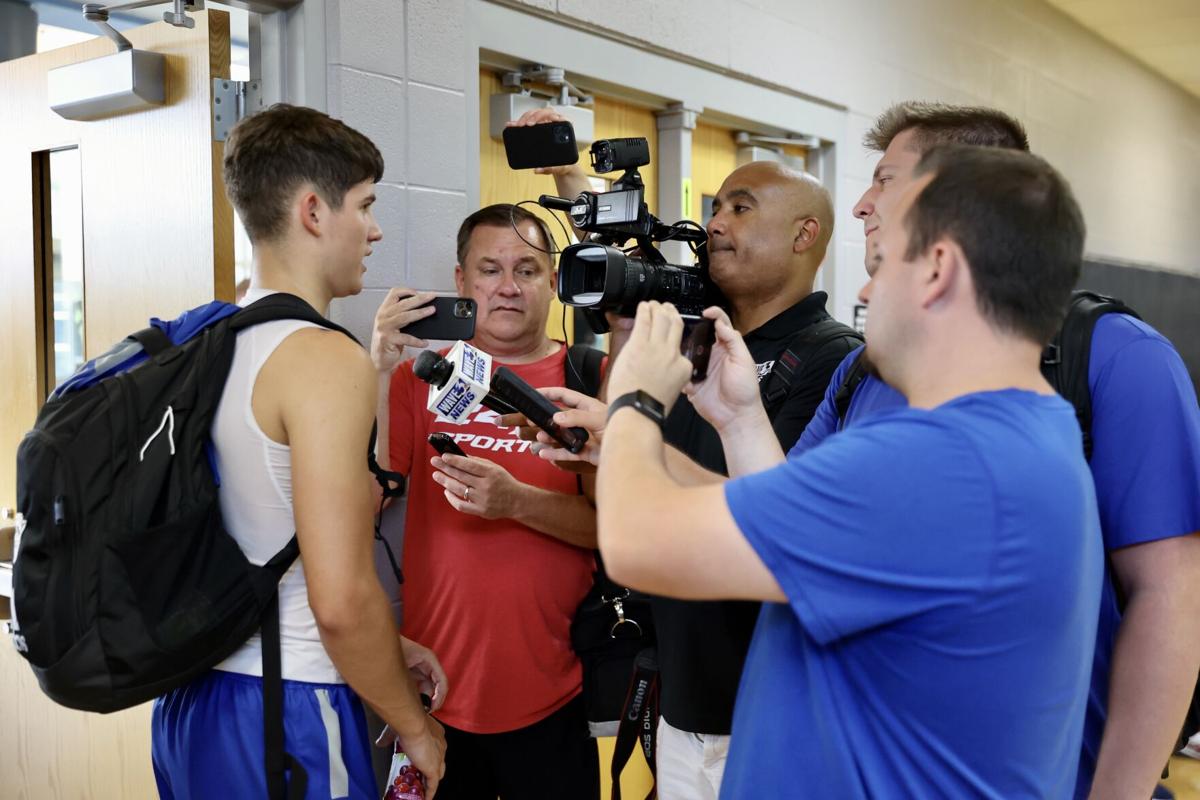 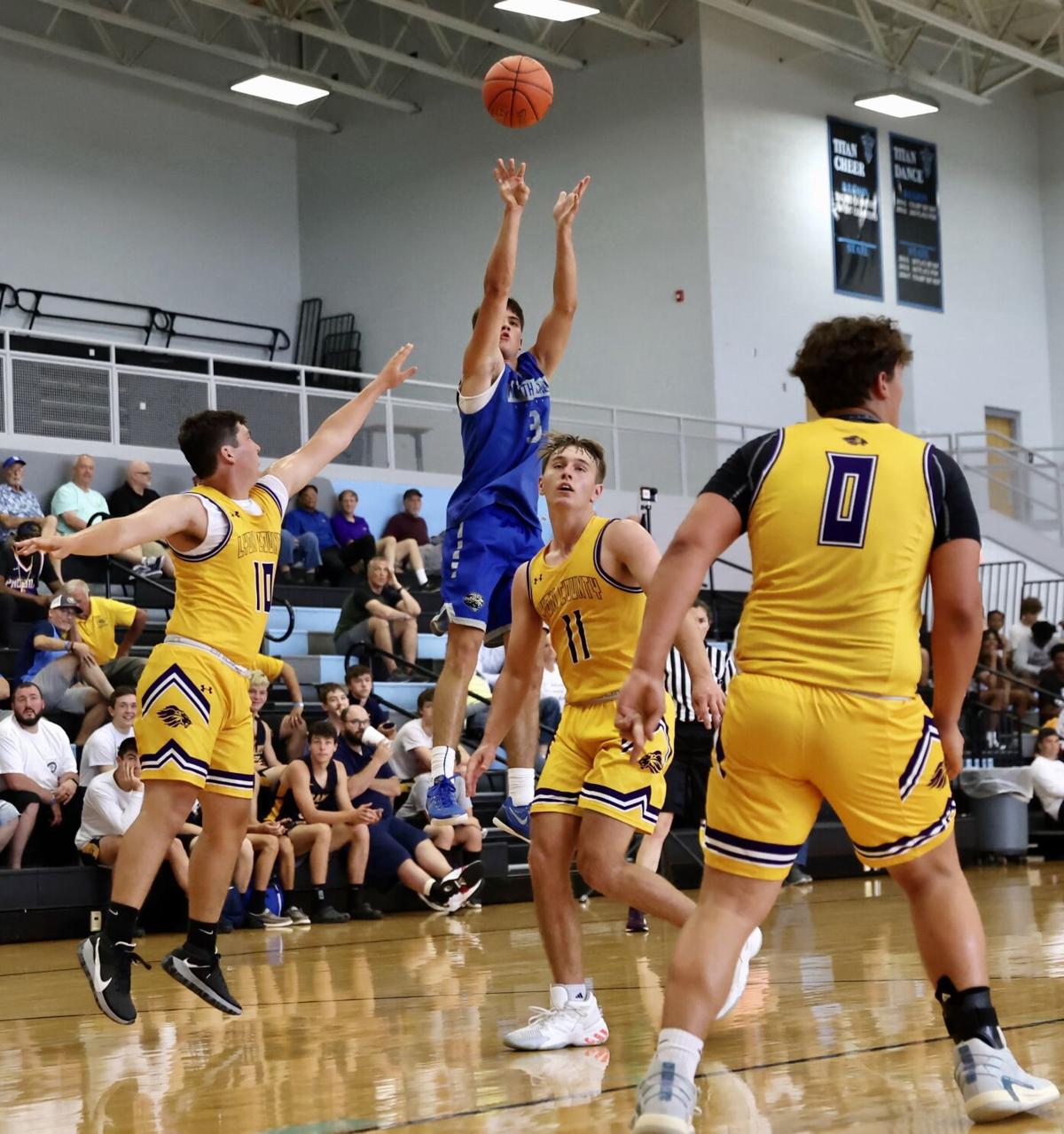 Reed Sheppard was met by the media after one of North Laurel's games during this past weekend's Titans-Rockets Shootout. | Photo by Darrin Spencer

North Laurel's Reed Sheppard pulled down a rebound during the Jaguars' scrimmage against Lyon County. | Photo by Darrin Spencer

LONDON — Despite receiving national attention due to his play at both the AAU and high school level, North Laurel’s Reed Sheppard is trying to keep things normal as possible.

When he’s not scoring buckets and making impressive defensive plays for the Midwestern Basketball Club, Sheppard is doing the same for the Jaguar basketball team.

He’s currently ranked 39th among the Class of 2023 via Rivals150, who have Sheppard listed as the No. 1 player in Kentucky, and once again, Sheppard was a part of numerous highlight clips on social media this past weekend after North Laurel participated in the Titans-Rockets Shootout in Shelbyville.

Sheppard was able to showcase his skills in front of college coaches from across the country which included Michigan’s Juwan Howard and Virginia’s Tony Bennett.

Even though he might have been the main focus, Sheppard said he’s just trying to have fun playing with his teammates, and the game he loves.

“Both of the teams that I have played with this summer have been good teams, and we have had a really good time,” he said. “I have been fortunate to be able to play as many games as I have, and to travel to as many places as I have.”

Even with the added attention, Sheppard said he’s remained focused on the matter at hand.

“I try to stay focused on what my team needs me to do,” he said. “And, what my coaches are asking me to do.”

“Everything is pretty normal right now,” Sheppard added. “However, I do get to speak with some college coaches during the day, but other than that, everything is normal.”

Sheppard’s success on the court has recently led to more Division I offers along with the University of Kentucky reaching out to him once again last week.

With the KHSAA Dead Period beginning Friday, Sheppard will play a busy schedule with his travel team beginning in July before refocusing on the upcoming high school basketball season.

“It’s always good to play with your childhood friends whether it’s in the summer or during the regular season,” he said. “We have a full schedule in July with our travel ball team, then after that, we start to get ready for the high school season with Coach (Nate) Valentine.”