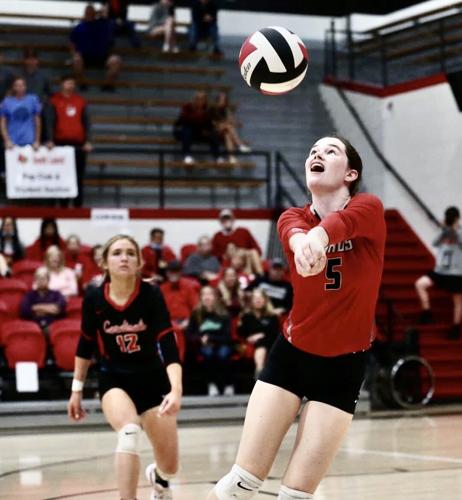 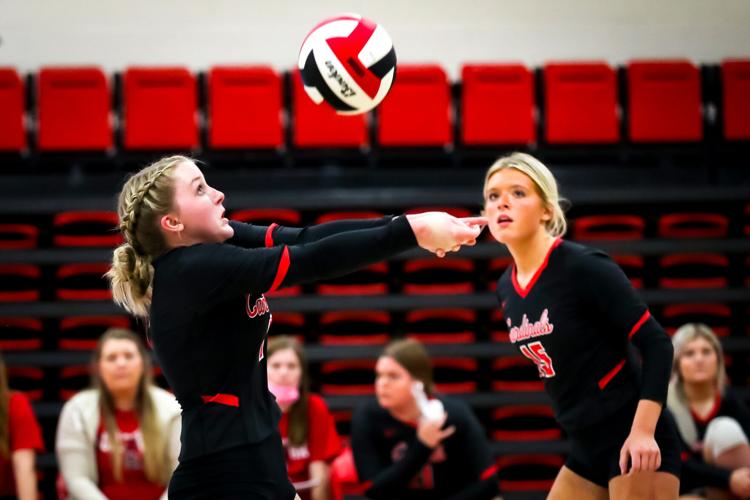 LONDON — After starting last fall with a 12-2 mark, it looked as if Jamie Clark’s Lady Cardinals were going to make a deep postseason run.

But a 3-8 record to finish the 2021 campaign along with a first round exit in the 50th District Tournament led to South Laurel finishing with a 15-10 mark.

Clark is hoping his squad can recover this season but the loss of seven seniors from last year’s squad hurts.

“We took a pretty good hit last season losing seven senior players total,” Clark said. “Five of those players filled starting roles on our squad. We still have two players returning that were in starting positions for the entire season last year in Gracie Hinkle and Mallorie Perkins.

“Caroline Curry started in the outside position last year until a serious ankle injury cut her season short,” he added. “She is back and will be a huge asset offensively for our team. We have a few girls who are new to volleyball this year and a few really young girls to help round out the varsity squad. I feel like most of the teams in our area are in the same boat in terms of losing large numbers from our rosters.”

With that said, Clark feels he does have talented players returning that are ready to show what they can do.

“As far as regular returning varsity players go, we expect Caroline Curry to really step up on the outside hitting position and provide some much-needed offense,” he said. “Gracie Hinkle will be a huge contributor at the setter’s position, along with Jenny Sharp. Gracie also has the ability to fill in defensively if needed, as well. Mallorie Perkins was one of our biggest contributors last season on defense.

“We should be a pretty solid team in terms of defense, especially in the back court,” Clark added. “Our middle blockers are still young/inexperienced, but they are showing a lot of potential in practice. Starting out, we have some inexperienced players being asked to step up and meet the challenges of playing for a varsity squad, so that in itself will require plenty of extra work at practice.”

Clark doesn’t have a complete schedule in place yet but feels his team will be challenged once again.

“I think the matches we have scheduled so far will give us a good look at the competition we would face in our respective district and region,” he said. “We plan on participating in a couple of different tournaments that generally host some pretty great teams, so that will give us a chance to see how we measure up to teams outside of our normal schedule.

“Last year, we had a couple of weeks where we probably played too much and that came back to bite us,” Clark added. “I’m still learning as a fairly new coach how to balance the amount of time spent in matches and the number of matches played each week. It is a delicate balance, and I will admit that I have not mastered that, yet.”

Despite seeing seven seniors graduate from last season’s squad, Clark believes his Lady Cardinals will be right in the thick of things when it comes to postseason play.

“I have said this the past two seasons, and I still feel the same this year,” he admitted. “We should be able to compete very well in our district and region. We are definitely in the toughest district in the area, and I still think we could advance deep into the region.

“Obviously, our goal is to win both district and region, but that is not the only way we measure our success as a team,” Clark added. “Hopefully, our hard work in the offseason combined with our work during practice will pay off. Being able to coach for South Laurel at this level is a tremendous blessing. All of these kids on our team are great kids and I would do anything for them. We’ve just added Calli Cornett to the coaching staff this season. She is proving to be a valuable asset. Shelley Nunley has worked these girls hard since April. Big time credit to her for working way above and beyond what she is required just to give this program a shot this year. I love this team.”